Arriving in the Seychelles 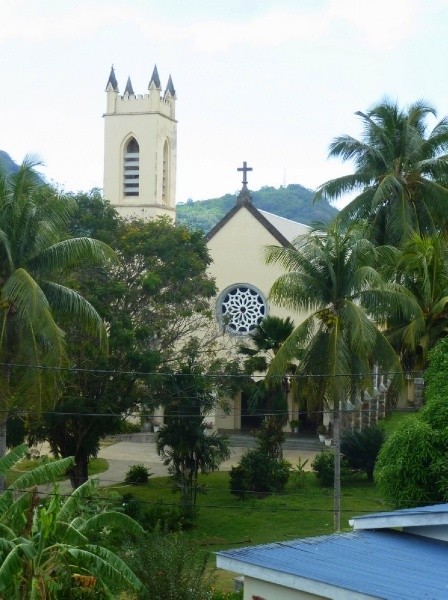 View from my guesthouse room.
The flight left Dubai at an obscene time of 0205 after my 11 hour transit. The flying time was just over four hours and we an arrival at Seychelles' Mahe Island around 0630.

I don't know how Emirates can get their seating so wrong so often. When I first flew with them, all their seats had this flap lumbar support which cuts into the back (thankfully these seats are largely gone now). On this A340-500 aircraft, there's a hard ridge in the squab which cuts into the thighs; even before take-off I was feeling numb below the thighs. Then the armrests are far too low; or perhaps the squab is too high? Yes, the squab could be too high as I my feet couldn't reach the floor (and I'm 5'7", not exactly short).

Fortunately I mananged to get a little sleep on the short flight. 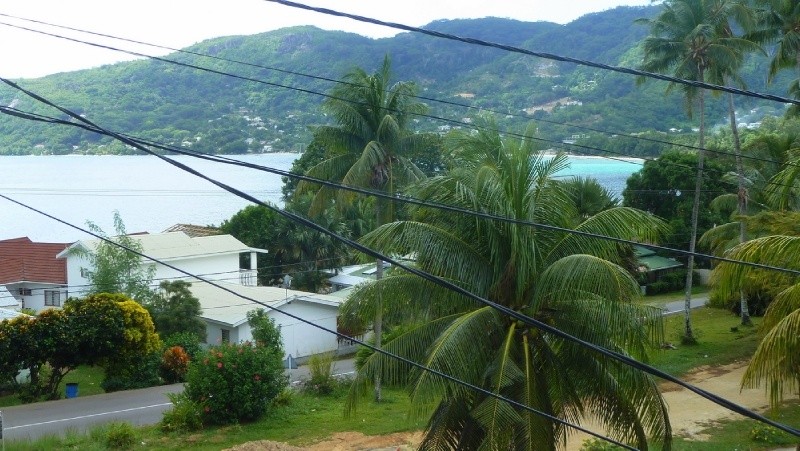 View from my guesthouse of Beau Vallon bay.The final approach, after a dramatic turn, was a bit on the exciting side. Seated on the starboard side, I looked out at these impressive hills which felt like within touching distance.

Immigration was very thorough with where I had come from, where I'm going, sighting preceding and subsequent tickets and also accommodation vouchers. After collecting my bags and on my way out, there was another random check. It could be that they don't get many independent visitors. I later also realised that there are many SE Asians working here in the tourism industry and I guess they're afraid of illegal workers.

The taxi to the Choice Guesthouse some 10km away in Bel Ombre is about NZD45. On the public transport, it is nearly free (around NZD1). I waited for the bus opposite the airport but as it was their "rush hour", they were all packed to the brim. As I didn't have small change, I went back to the airport to buy a drink to break the note too.

I heard a young lady talking in Malay (or Indonesian); her companion looked Filipino. We got talking. They work at the Hilton here and were also wanting to get into town. We shared a taxi as the town was on the way to my guesthouse. It was her last day in the country; she is a pastry chef and flying home to Bandung tonight before starting a new job a the Phoenician in Macau. She was at the airport sending her Malaysian boyfriend home, and he's also moving to Macau. So nice to see people excited about a new beginning.

Ihad booked the Choice Guesthouse. My room is huge and comes with a kitchen and bathroom; such a pity it sleeps two but I'm travelling alone. Same for the next two stops in this country. Guesthouses are cheaper than hotels and resorts and it gives me the real Seychellois experience.

The easiest way of feeding myself is to self-cater. I found a minimarket and bought a few thing to make two meals; lunch today and dinner tomorrow. Beer is quite cheap and wine is about the same price as New Zealand even though it gets imported from South Africa.

I had a lazy afternoon in my room and walking around the Bel Ombre and Beau Vallon areas before having a home-cooked dinner in the guesthouse of pulao, vegetarian curry, BBQ fish pieces and green mango salad.