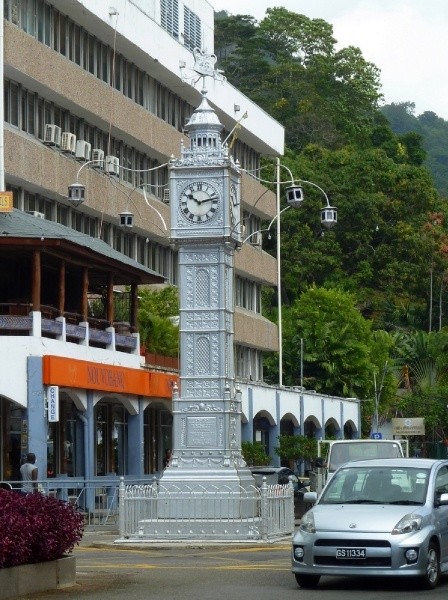 Downtown Victoria with its little big Ben.
After breakfast, I bused into Victoria, the capital of Seychelles. It is a tidy quaint little town.

As I propose to bus in tomorrow with my luggage for the ferry terminal, I checked out the route and distance first. It took 15 minutes and I'll save a considerable amount as taxis in Seychelles are hyper expensive.

I then walked to the Botanical Gardens. It is of the ideal size for someone who has little interest in plants. It had a good mix of plants and a nice small jungle at the far end. The garden also houses the Seychelles icon, ie. the Sea Coconut and some Giant Tortoises.

The Sea Coconut looks like two big coconuts fused together. If one removes the husk, it looks like someone's butt. The name is a misnomer as it grows on land; it evolved as sailors used to find them floating in the ocean (minus its husk which had rotted away). 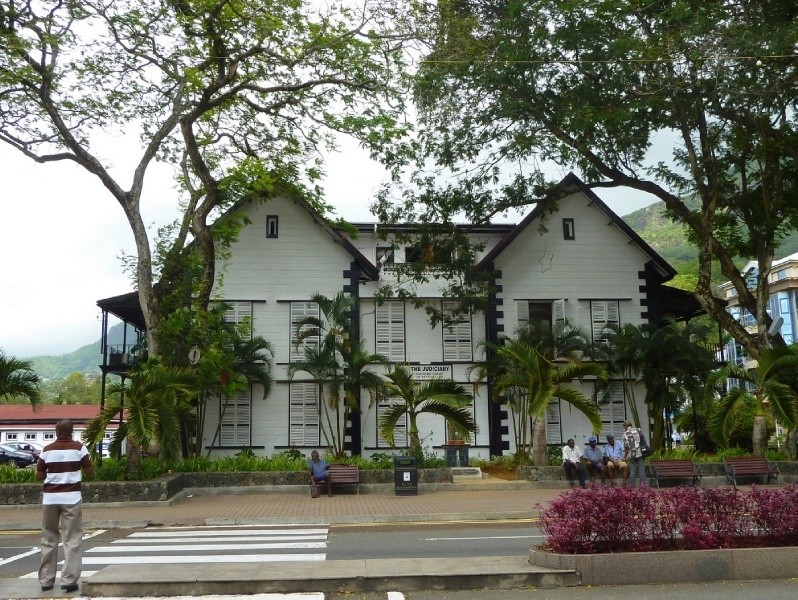 After grabbing some light lunch (and pausing for some passing showers) I bused back to Bel Ombre and narrowly missed a heavy downpour. As the weather still looked iffy by mid afternoon, I took a walk to explore the beautiful beach at Beau Vallon [Beau-Vallon-travel-guide-1161729] without the expectation of swimming. The beach and water was beautiful; I waded briefly before turning back.

My introductory day to Seychelles has been intentionally laid back. Due to the French and British colonial past, what we see of the country now is influenced by both. There is a sizable Indian population (some very long-established in trading) and there is some mixed marriages with the Creole population. There are some Chinese shopkeepers too. Its economics links are wide and varied; telcos and buses seem to be Indian, groceries seem to be a mix of Asian (noticeably Malaysian), South African, Indian and Middle Eastern. 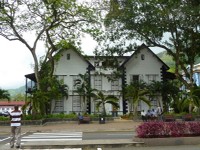 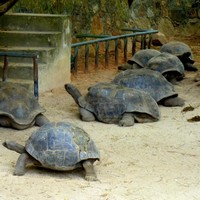 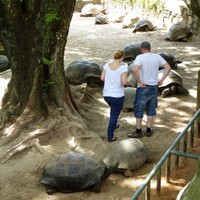 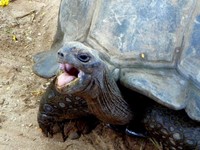 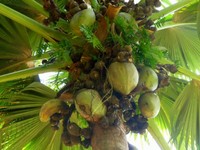 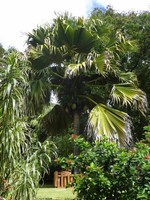 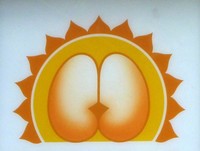