All churned up to La Digue 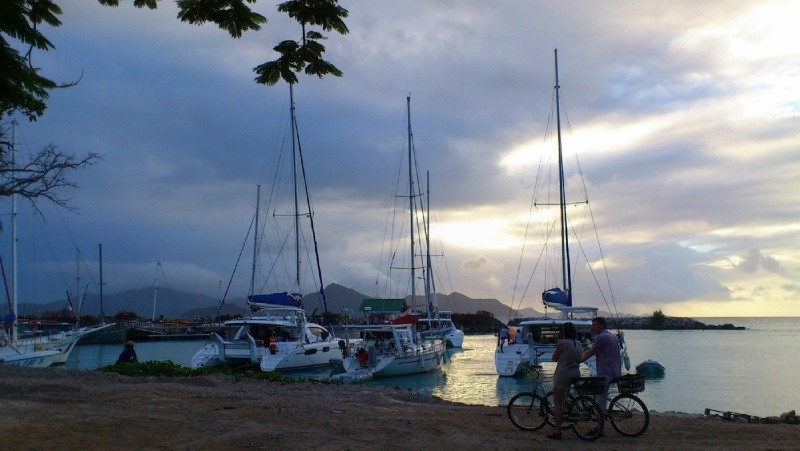 Sunset at La Digue.
Today I move from Mahe [Mahe-travel-guide-1308353] to the little island of La Digue [La-Digue-travel-guide-1319299] by ferry, changing ferries (half hour connection) at Praslin. The first ride of an hour seemed like an eternity as it was a stomach-churning ride; the second was less than half hour and was marginally better.

La Digue was immediately likeable. Walking off the jetty, there was only one road (or track in parts) with no cars; only bicycles and a few trucks for the carriage of goods. It was an easy walk to Beryl's Guesthouse where I'll stay for two nights.

I rested briefly to get over that queasy feeling from the two boat rides. I was determined not to let the two short boat trips (plus bus and check-in time) take up the whole day. 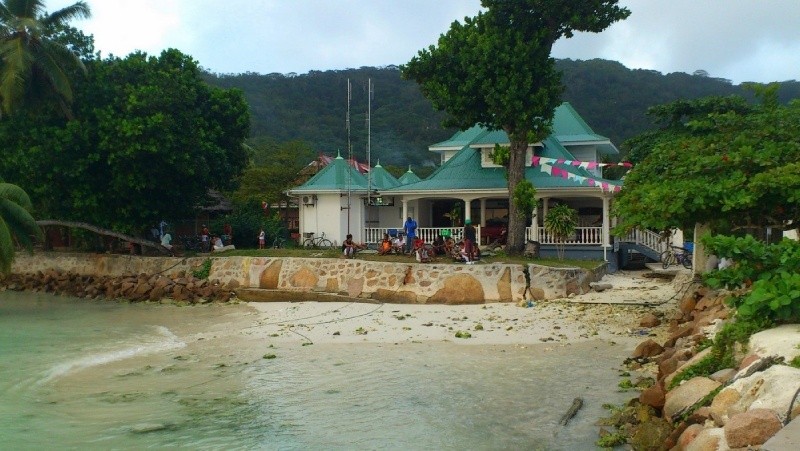 View of La Digue town from the jetty.I went out for a walk mid-afternoon to investigate options for tomorrow. I had to possibilities in mind; renting a bike and going around the island (as far as the roads exist) or going on snorkelling. The cycling trip could take in ad-hoc snorkelling sites along the way too which seems like a good idea as a dedicated snorkelling trip would be a waste of money if the weather was going to ruin it.

Information was a bit scarce. Being a Saturday afternoon, some places were closed. The only operator I found said that Coco Island is always sheltered and there's never a bad time. A half-day snorkel trip would cost EUR50; by the way, any kind of day-trip in Seychelles costs around EUR100. I gave no commitment as I'd like to play it by ear depending on the weather. It could be nice to have half a day snorkelling and the other half biking.

At this Guesthouse I had opted for the half-board option, ie. breakfast and dinner. Dinner certainly didn't disappoint; my second dose of Creole cuisine consisted of more of the same (or similar): Fried fish, green papaya salad and plain rice.