Can I yawn while diving? 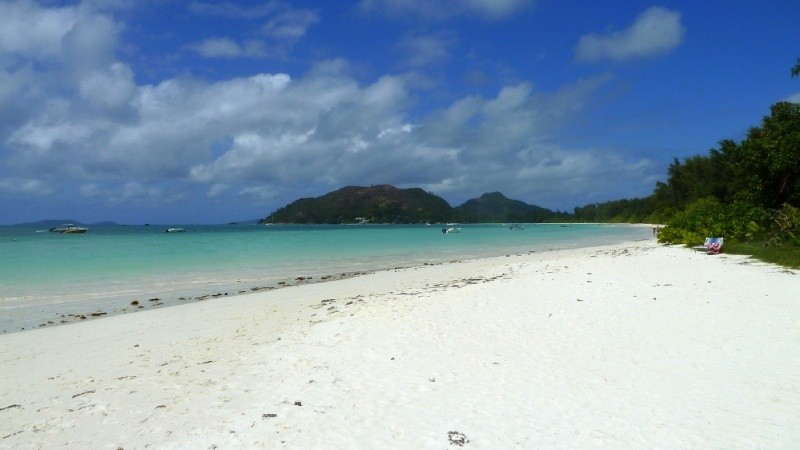 Anse Volbert or Cote d'Or on Praslin where I was based for diving.
I got picked up on time at 0830 by a French-speaking Swiss watch-engineer who is now the owner-operator of Octopus Divers. I was surprised to hbear that he had been to Kuala Lumpur with his work, in relation to the manufacture of components that go into Swiss watches! Oohlala!

After the usual paper work was quickly attended to, we tried our gear and went out to our dive site. Sad to report, it wasn't the best dive. Descending into the water, it felt like a desert. There was nothing to see. I would have yawned while diving if I could.

The 55 minute dive seemed like an eternity and I was rather bored. Fortunately there were a few moments to spark my interest; it was my first sighting of a lobster in little cave. Apart from that there were a few bits of fish around including one Napoleon. 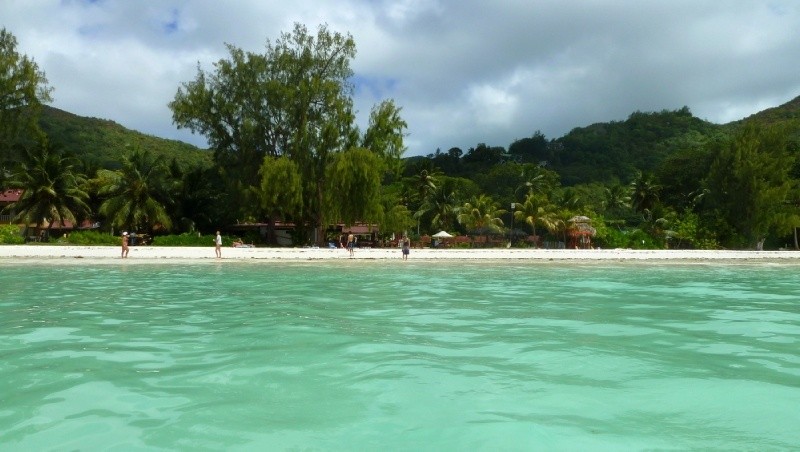 Anse Volbert or Cote d'Or on Praslin where I was based for diving.

Upon surfacing, I puked up a little. It was like acid coming out. Then I felt really cold and shivered all the way back to dry land.

Speaking to other divers in the group back on dry land, one guy had done five days of diving. Yesterday's site had been good and today was the worst of all his days. My bad luck.

I had to resolve the issue of too much waiting time tomorrow: checkout is at 1000 and my ferry is at 1730 back to Mahe [Mahe-travel-guide-1308353] for a 2355 flight to Singapore (via Dubai and Colombo). It's a little touch and go to fit in a snorkelling excursion. A single dive at EUR55 seems like a good deal; it is half the price of a snorkelling excursion. It also gives me free transport from the hotel to the ferry (via the dive centre); doing that by taxi is about half the price of a dive (but I'd catch the bus).

Based on that, I booked for another single dive tomorrow. It takes up most of my available time (leaving some for beaching and swimming) and also resolves all my transport. Fingers crossed, I will have better luck with their choice of dive sites.